What Will Be the Next Big Trend in Fiction Publishing? 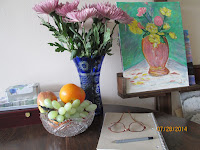 A recent article in WRITER’S DIGEST published an agent’s response to this question which I read with interest. Boiled down to basics, the article suggests the best way to write a successful book isn’t by looking to copy the latest trend which will be over by the time you can finish your new book anyway. The answer: write a quality book. The article got me thinking about mystery and crime fiction in particular. Let’s do a bit of examination.

The traditional mystery features a detective or several detectives who investigate a crime or series of crimes. The amateur sleuths can work in any number of unique and unusual professions which provide interesting background and setting for the story. They can live in any place in the world. They can be nosy spinsters who live in small English villages or gifted professors who investigate bizarre historical crimes. From cozy to thriller, the amateur sleuth fascinates readers.

The private detective novel is a mystery genre unto itself. In 1887, Sir Arthur Conan Doyle created Sherlock Holmes, the most famous of all fictional detectives. Sherlock Holmes was not the first fictional detective. However, his name is one we think of immediately. Conan Doyle stated that the character of Holmes was inspired by Dr. Joseph Bell, for whom Doyle had worked as a clerk at the Edinburgh Royal Infirmary. Like Holmes, was noted for drawing large conclusions from small observations.  The quirky Holmes was renowned for his insights based on skillful use of observation, deduction and forensics to solve puzzling cases. Conan Doyle wrote four novels and fifty-six short stories featuring Holmes, and all but four stories are narrated by Holmes's friend, assistant, and biographer, Dr. John Watson. The Sherlock Holmes mystique is still celebrated today in books, short stories, films and television programs. Holmes, the “consulting detective,” still fascinates a modern audience of devotees.

The Golden Age of Detective Fiction, the 1920’s and 30’s, brought many writers of detective stories to the forefront. British female authors like Agatha Christie are particularly memorable. Of the four "Queens of Crime" of that era: Christie, Dorothy Sayers, Ngaio Marsh and Margery Allingham, all were British except for Marsh who was a New Zealander.

In the 1930’s, the hard-boiled private eye novels began to evolve with American writers. Over the years, many interesting writers have emerged in this genre. Dashiell Hammett, Raymond Chandler, Mickey Spillane, Ross Macdonald, and Robert Parker are just a few of the writers who still resonate with readers. P.I. detectives are tough guys dealing with seedy characters on the mean city streets, the so-called underbelly of society. They are professional detectives who live by a code of honor but rarely earn much for their efforts. They generally have antagonistic relationships with the police and, like the amateur detective, tend to be more intelligent than professional law enforcement counterparts. The P.I. novel was male-dominated until the late 1970’s and early 80’s when writers such as Sara Paretsky, Marcia Miller and Sue Grafton began creating women investigators who were as tough as men. These novels offered more in-depth characterization and, in the case of Paretsky, a social agenda.

The police procedural provides the reader with a different type of detective story. In reality, most crimes are investigated by police. This type of mystery stresses step-by-step procedures followed by professional detectives such as processing crime scenes to collect physical evidence, canvassing the area for witnesses or suspects, postmortem examination of bodies in the case of murders, identifying a victim if that is not known, and interviewing known friends, co-workers, relatives and associates. The list is often long and tedious. Not generally so in a novel. Although it is agreed that the police procedural should be accurate in portraying what law enforcement officers actually do, it is not necessary to bore readers to death. Like the P.I. novel, this is action-oriented genre fiction. While the plot may be the backbone of a police procedural as O’Neil De Noux, a longtime police officer and homicide detective, observed in an article written for The Writer (“How to Write the Police Procedural Novel,” October, 1992 issue), the novel won’t interest readers unless there are well-developed central characters-- witness the great success of Ed McBain's 87th precinct series in books, film and as a television series.  Much of the appeal of the novels rest with main character Steve Carella and his relationship with Teddy, his deaf-mute wife, as well as his interaction with fellow police detectives such as Meyer.

It goes without saying that all books should be researched for accuracy of detail. However, Eric Wright observes (The Writer, October 1990 issue, p. 9) that writers should do their research last. His reasoning: once a story is written the writer will know what information is actually needed and necessary. Collecting unnecessary facts proves to be a waste of valuable time. I am of the opinion that it also leads to information dumping as many writers then cannot resist the temptation to include material that should be cut and which has no purpose in the book or story.

Of course, the more traditional view is that authors who write police procedurals must insist on total accuracy. Margaret Maron, for instance, has explained how she used interviews with police detectives and civil service clerks, attended “criminalistics” classes and took notes on the trivia associated with everyday police activities in a station house to depict realism in her police novel series (The Writer, June, 1993 issue).

Patricia D. Cornwell’s novels have long graced the bestseller lists.  Her Dr. Kay Scarpetta forensic pathologist crime novels are strongly associated with her own career. Cornwell describes herself as having been a crime reporter. The character of Dr. Scarpetta appears to have been initially inspired by an interview she had with a female medical examiner. She went to work for the medical examiners and eventually became their computer analyst. Her opinion: stories that lack credibility and authenticity will be unread (The Writer, December 1991, p. 18-20).

P. D. James is another author of police procedurals we can describe as the real deal. James held a position as a senior employee in the Criminal Policy Department in . Joseph Wambaugh has given us some memorable characters who happen to be police officers based on his personal experience and knowledge.

Cross genre fiction combining elements of romance, the paranormal, and suspense with mystery have become more common in today’s crime fiction. I believe this less traditional approach is becoming a trend in modern mystery fiction. The traditional lines are blurring, and authors are experimenting with a greater variety of style and technique in a genre that is now more dynamic, fluid and exciting. What does remain is the need for a well-developed plot, well-rounded and well-defined characters, and a distinctive setting.

My last two mystery novels, DEATH PROMISE, a romantic suspense sequel to DEATH LEGACY, and BLOOD FAMILY, my 5th Kim Reynolds mystery, do blur the lines. Kim, for example, is a reluctant sleuth with paranormal abilities.

What trends will the future of fiction hold for readers and writers alike? It remains to be seen. Your thoughts and opinions most welcome.