Carla Kaessinger Coupe worked for Wildside Press for 10 years before retiring in 2019. She returned to edit Sherlock Holmes Mystery Magazine in 2021, after the death of long-time editor Marvin Kaye. Two of her short stories were nominated for Agatha Awards, and The Best American Mystery Stories of 2012 gave a nod to her Sherlock Holmes pastiche, “The Book of Tobit.” She is an avid Sherlockian and in addition to being active in local societies, she is a member of The Adventuresses of Sherlock Holmes (“The Footprints of a Gigantic Hound”) and The Baker Street Irregulars (“The London Bridge”). 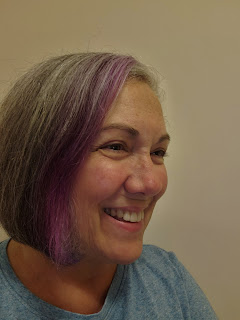 Question: What is the title and genre of your magazine?

Answer: Sherlock Holmes Mystery Magazine. We focus on traditional mysteries, but often dip our toe (or even a whole foot) into the worlds of crime or hardboiled mysteries. and occasionally we include a story with supernatural elements. Every fifth issue is devoted to Sherlock Holmes pastiches and articles.

Question:   What inspired this magazine? How did it come about?

Answer: In 2007, with so many outlets for mystery short stories closing, our publisher John Betancourt, in conjunction with editor Marvin Kaye, wanted to create a magazine similar to Ellery Queen and Alfred Hitchcock. SHMM was born and our first issue was released in May 2008. We’re now on issue 29, with issue 30 in the works. 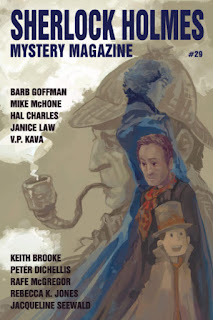 Answer:  I’m in the midst of editing issue 30, which should be out later this spring. It’s one of our all-Sherlock-Holmes issues.

Will there be further issues of SHMM?

Answer:  Yes. I have accepted some great stories and can’t wait to see them appear in future issues.

Answer: I fell into it! While at Wildside Press, I ended up working with many of our authors on content- and copy-editing. When Marvin Kaye, SHMM’s long-time editor, became ill and needed help, I stepped in, and he taught me a lot. When Marvin died last year, I was asked to take over.

Question:   What advice would you offer to those who are currently writing and interested in submitting to the magazine?

Answer: First, write the best story you can. Run it by a critique group if possible, or at least read it critically. Edit it. Proofread it. Then proofread it again. Next, make sure your story meets our submission requirements. We receive a lot of good stories, so don’t give me a reason to reject yours. If I receive two good stories but only have space for one, I’ll take the story that follows our submission requirements and that needs less editing.

Question:  Where and when will readers be able to obtain your magazine?

Answer: SHMM is available at Wildside Press [www.wildsidepress.com/sherlock-holmes-mystery-magazine/], some independent bookstores, and at Amazon [www.amazon.com].

Thank you, Carla, for your candid responses.

Comments welcome from readers and writers.