Librarians and Writers: A Symbiotic Relationship By Jacqueline Seewald 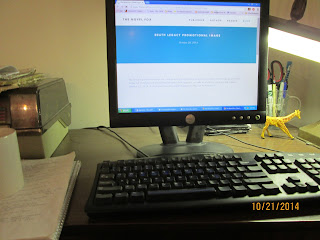 I suggest that authors look to promote their books, whether fiction or nonfiction, at libraries. Some libraries will pay writers to come and speak; others will at least provide writers with exposure to the reading public. Not all libraries welcome authors but there are many that do. As a former librarian and teacher, I can testify to the fact that authors are welcome to provide an event at many libraries. Books are an important component of what the library has to offer. Authors are respected by most librarians.

If you are a relatively unknown writer, try to get a local newspaper to do a story on you before your library appearance. Also, if you’re not Nora Roberts or Mary Higgins Clark, don’t expect people to come in droves just because you announce a book signing. Think in terms of what kind of event you can provide that library patrons will enjoy and appreciate.

I presented an event at my local library entitled “We Can All Be Writers.” It was not just a talk but a happening—an interactive experience for both attendees and myself. I provided writing exercises that we could do together and discuss. I’ll also gave a hand-out listing sources of inspiration for aspiring writers as well as library resources. In short, I was offering information hopefully of value to patrons.

Fifteen people showed up who were eager to participate. When I previously did this program in , twenty-five people were present and actively participated. However, fifteen was a comfortable group to work with and they were very enthusiastic. I also had help from the library coordinator who turned my overhead transparencies into a Power Point presentation.

What’s in it for you, the author? Hopefully, library patrons may want to either borrow some of your novels from the library or purchase them from you. At the very least, the library will buy your book. In my case, I offered some of my novels at a heavily discounted price and had the librarian take the money because I donated any money earned from the sale of my books to the Friends of the Library so they can continue to sponsor more events. It was my way of giving back to the community.

What is your opinion of authors doing events, talks or panel discussions at libraries? Have you participated in any library events? If so, how has it worked out? Will you consider doing it in the future?

The Ides of March, the 15th and 16th of this month, traditionally bode ill luck. For instance, in Shakespeare’s Julius Caesar, the emperor is warned to “Beware the Ides of March” by the Soothsayer. Julius, not being a superstitious sort of fellow and believing the nonsense about his personal immortality, sneers, ignores the warning, and refers to the Soothsayer as “a dreamer.” Not Caesar’s wisest decision.

It will soon be St. Patrick’s Day which supposedly brings good luck and fortune. People do at times have lucky things happen to them and at other times suffer misfortunes like ill health, accidents or assaults. However, authors prefer to believe that for the most part we make our own luck. 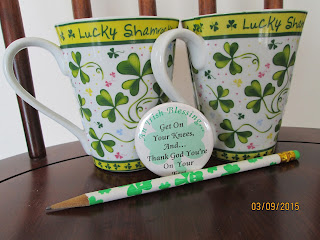 According to Napoleon: “Luck occurs when preparation meets opportunity.” I apply that statement to authors. We get lucky with our work when we’ve done adequate preparation—that is being well-read, writing, rewriting, and editing until we’ve created something of value and quality. If we’re too lazy or too full of ourselves to make this kind of effort and commitment then alas we’ll never “get lucky.”

Luck is often a theme in literature. For example, Thomas Hardy created characters that were unlucky like Tess or Jude. Yet it could be argued that their bad luck came as a direct result of fatal flaws in their own characters. This is where tragedy derives from. Things don’t just happen. There is a cause and effect relationship.

I write about and admire main characters with positive values who make their own good luck and overcome obstacles through personal effort, not bemoaning their fate or bad luck. To quote Shakespeare’s Julius Caesar again, as Cassius observes: “Our fate, dear Brutus, is not in our stars but in ourselves.”

In tribute to Irish literature which often deals with themes related to luck, I want to mention a few of the outstanding Irish writers I’ve appreciated over the years. 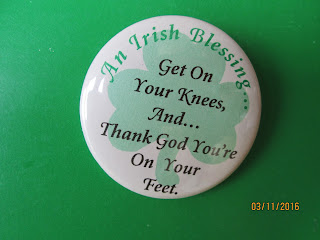 As an undergraduate English major, I read and enjoyed John Millington Synge’s The  Playboy of the Western World. Synge celebrated the lyrical speech of the Irish in his boisterous play.

In graduate school, I took a semester seminar on the works of
William Butler Yeats, a great Irish poet. I learned a great deal about Irish mythology from his work.

George Bernard Shaw was also of Irish origins and a great playwright, another favorite of mine. His plays still hold up because of thought-provoking themes and clever dialogue.

I’ve read James Joyce’s stories and novels but most appreciated his earlier work. I thought Portrait of the Artist was brilliant as was Dubliners, his short story collection. His style was original and unique.

Satirist Jonathan Swift is often thought of as a children’s writer, but this is, of course, completely false.
Notable Works: Gulliver’s Travels, Tale of a Tub, A Modest Proposal, A Journal to Stella, Drapier’s Letters, An Argument Against Abolishing Christianity, Verses on the Death of Dr. Swift
Oscar Wilde was a talented Irish writer and playwright. Sentenced to two years in prison for gross indecency (homosexuality), he eventually lost his creative spark.
Notable Works: The Picture of Dorian Grey, The Importance of Being Earnest (play), Poems, The Happy Prince and Other Tales (children’s book), A Woman of No Importance (play)
Abraham Stoker (Bram Stoker) gave us Dracula (enough said!)
Lawrence Sterne, Oliver Goldsmith, C.S. Lewis all had Irish origins as well, although they left for . The list of outstanding Irish men and women who have provided great literature is very long and therefore beyond the scope of this mere blog.

Did these Irish writers believe in luck? Were they merely lucky?  Do you have any favorite Irish authors? Your thoughts and comments welcome!