Liza Brown is a new author from .  She loves to use her surroundings to help create the settings of her books.  As a fan of the Cleveland Cavaliers, she supports the team in any way she can both at games and from her living room couch.  Liza has been married to ‘the other’ Dan Brown since 1998.  She is mom to one beautiful girl, two black dachshunds, and two calico cats.  She enjoys spending time with her family, writing, and listening to classic rock. 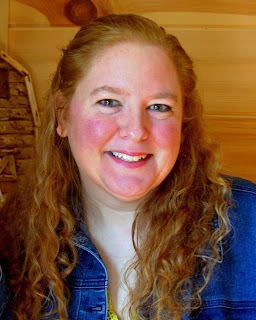 Answer:  The title of my book is Center Courtship.  It is a modern romance between a small town girl and a pro basketball player.  I had help from a good friend when it came to the name of the book.  It was originally going to be called The Asparagus Embarrassment, but the publisher decided that name wasn’t quite right for the book.  So Center Courtship is what my friend and I came up with and I’ve been in love with it ever since. 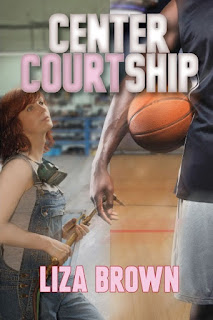 Question:   I like the title! What inspired this novel? How did it come about?

Answer:  The inspiration for this book definitely came from my love of basketball – specifically the Cleveland Cavaliers.  When you’re from it’s hard to escape news stories about our teams – whether you’re a fan or not.  It makes life a lot more fun when you’re a fan, though.  Especially when they finally get the championship!  GO CAVS!

Question:  Could you tell us a little bit about the heroine and/or hero of your novel?

Answer:  Mae-Belle Rogers (just call her Mae – she prefers that) is an independent young chop shop owner who goes about her days and nights living in a self-formed protective bubble.  Very few people can get in because of her past.  She is happy with her way of life until she is introduced to a new one.  She quickly learns that being friends with a super-star has its ups and downs.

Answer:   This is my first published work therefore you can imagine how insanely nervous and excited I am over the whole thing.  I am very grateful to everyone at Intrigue Publishing for helping to guide me through the process.  I never knew how much work it was just to get one book published.

Answer:  Right now I am finishing up the details on the second in the series: Point Guardian.  Then I will work on the third.  I don’t know how many books there will be in the series quite yet.  There are a lot of things in life that I’d like to see these two characters work their way through.

Answer:  I used to write when I was in high school.  I never thought in a million years that I’d be to this point now.  I’d had this story in my mind for quite some time and decided one time to just go for it and write it down.  After several people read it and claimed to enjoy it I thought that maybe this was something I should pursue.

Answer:  Don’t stop.  Don’t give up, and don’t listen to the naysayers.  Also, when someone offers you advice take a moment and think about where they’re coming from.  Are they just a friend with a suggestion based on their own personal opinions?  Or are they someone who works for the publisher who is trying to guide you to the best possible outcome for your book?
Write.  Find the time to write.  It seems so trivial.  It’s like telling a fish to fly or a bird to swim.  But it’s as simple as that, I think.  Just do it.  Make sure the people around you understand that when you are writing, you are working and don’t want to be distracted.  It’s no different than any other job.  You wouldn’t tell a teacher to stop teaching because you needed them to make you a sandwich.  Let a writer be when he or she is writing.  When they are done, they’ll come back to the real world.

Answer:  My book is available for digital download at Amazon and as of the writing of this interview. The physical copy of the book will be available early to mid-October.  You can find it on Amazon here:  www.tinyurl.com/centercourtship

Comments and questions for Liza are welcome here!
Posted by Jacqueline Seewald 13 comments:

In Memoriam 9/11: We Should Never Forget 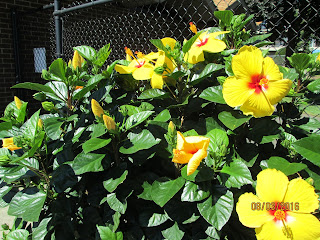 A number of residents of my hometown worked in and died in the attack on the on . One man who worked with elevators near the hurried to the disaster hoping he could help bring people to safety. He lost his own life in making this heroic rescue effort.
A neighbor who lived a few houses away from us described another act of courage and human concern. At the time that the first tower was attacked, our neighbor was with his supervisor, a man who was born and raised in our hometown. The two men saw what was happening from the vantage of an office window on the 102nd floor of the second tower. Our neighbor's boss immediately told him to get out of the building, that he would warn everyone else on the floor to leave immediately. My neighbor lived to tell the tale. His boss? Not so fortunate. He didn’t make it out.
The parents of these two courageous men who lost their lives trying to help others are also good, caring individuals. They continued to live in our town with heavy hearts. It is a terrible tragedy to suffer the loss of one’s child.
A memorial was erected at the civic center and a ceremony is held every year on September 11th. Ours may have been just an ordinary American town like so many others, and yet in its own way it is special because of the people who live there.
I am not even mentioning all the police, firemen and emergency care workers who rushed to that tragic scene on that fateful day. They all suffered as well. Many died immediately. Others became ill as a result.
As a nation, we should neither forgive nor forget the murder of thousands of ordinary, innocent people on that fateful day when terrorists wreaked havoc on our country. Our efforts now need to be on prevention.

Posted by Jacqueline Seewald No comments: