My guest author today is writing about the theme of dual personalities and identities in fiction. Patricia McAlexander is from upstate , the setting of her new novel Stranger in the Storm, but she’s also lived in , , and . She has a bachelor’s degree from the at , a master’s from , and a doctorate from The University of Wisconsin, Madison, all in English. Patricia now lives in , with her Southerner husband, whom she met when they were graduate students in .  After retiring from teaching at the University of Georgia, she’s had had more time to garden and travel while renewing her interests in photography, history, and, most of all, writing fiction. 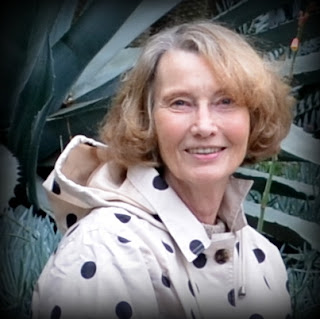 I was fascinated when an early reviewer of Stranger in the Storm commented on its theme of dual or confused identities. She noted that Janet, the protagonist, wonders, when first meeting Wes, the stranger of the title, whether he is friend or foe, and goes on, “The answer is in doubt—when Janet first sees his face, it’s ‘blurred by streams of water.’” I’d thought of that blurring as just a factual detail when I wrote it, but after reading that review, I saw how the detail indeed connects to the novel’s theme of dual identities.
I’ve long been fascinated by the case Thigpen and Cleckley describe in The Three Faces of Eve, where one facet of the patient’s personality was the quiet, serious, even dull “Eve White”; the other was the wild, uninhibited “Eve Black.” (The third, a combination of the two, emerges during treatment.) Robert Louis Stevenson’s famous Dr. Jekyll and Mr. Hyde also portrays a dual personality. The good, beloved Dr. Jekyll battles the evil within himself, but in trying to expel it, he is transformed into the evil, violent Mr. Hyde. The Incredible Hulk stories of Marvel Comics, the TV series, and movies portray a similar character: Dr. Bruce Banner, when threatened, transforms into a huge green and often destructive creature that he tries valiantly to control. In the opening chapter of Stranger in the Storm, Dr. Jack Dexter, the charming, charismatic professor who swept Janet off her feet, becomes domineering, possessive, abusive.  Janet decides he must have a “dual personality.” 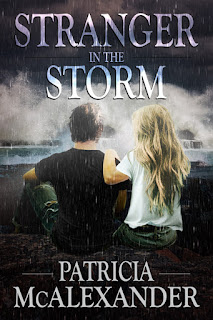 Equally fascinating to me are identical twins, individuals developed from the same fertilized egg with exactly the same genes—a literal splitting of one person into two. Studies of such twins suggest they share a genetic component not only in appearance but in everything from intelligence to psychological traits. In fiction, however, we sometimes find twins who, like Eve White and Eve Black, are psychic opposites; one may be good, the other evil, like Jekyll and Hyde. In Daphne du Maurier’s The Scapegoat, two men who meet by chance look exactly alike, as if they were twins (though the phenomenon is not explained). One is suspect morally and has made a mess of his life; the other—we could designate him as the good twin—takes on his counterpart’s identity and with great effort makes things right for him.

In Stranger, the second man to come into Janet’s life, after she has left Jack and gone to her parents’ cottage in upstate , is the handsome, chivalrous stranger who rescues her during a storm. But when he shows up the next day, he seems to have morphed into a totally different person—a criminal who would not hesitate to rape her. Do we again have a dual personality?
Another early reviewer called Stranger a “Hitchcockian thriller.” I was happy that someone thought its drama and suspense worthy of such a designation.
BLURB
After she discovers the abusive side of his personality, Janet Mitchell leaves the professor who swept her off her feet. Will she discover the same darkness in Wes, the handsome young man who rescues her during a hurricane?​
Years before, Wes Corbett vowed not to get romantically involved again, fearing anyone close to him might be harmed by his brother William, a born criminal. Now as he weathers the storm with Janet, their mutual attraction becomes clear. Can he keep that vow--even though he knows William is on the loose and may be headed directly for them?

A wave of horror passed over her. It was true. Wes was the escaped convict. He had reunited with Richard Sturgess, the other convict. How he had fooled her! He was as good a performer as Jack, acting so convincingly to get what he wanted—in this case, shelter and food— then her father’s tools to free his truck.
Richard said to Wes, “Did you get the key?”
“Yes.” Wes held it up, then unlocked the door and motioned them inside. He looked at the pile of clothes and the wet mattress on the floor. “What a mess.”
“I need to get dressed,” she said.
“Sure, you can get dressed. But you aren’t getting out of my sight.” Wes noted her jeans, shirt, and underwear on the couch. “Here you go.” He tossed the items one by one to her, dangling her bra for longer than was necessary.
Anger boiled up in her. Snatching each item, Janet saw the blanket he had used on the couch the night before. She grabbed it and wrapped it about her like a burka. Then she pulled off her bathing suit and, rather awkwardly, dressed inside the blanket.
Wes watched her with mocking amusement. Finished, she threw the blanket aside. “Clever girl, aren’t you?” said Wes. “Now, how about getting me some dry clothes and fixing us something to eat?”

Comments for Patricia are welcome here!
Posted by Jacqueline Seewald