People Who Are Rich by Saralyn Richard

My guest blogger today is mystery and children’s book author, Saralyn Richard, a writer who teaches on the side. Some of her poems and essays have won awards and contests from the time she was in high school. Her children’s picture book, Naughty Nana, has reached thousands of children worldwide. 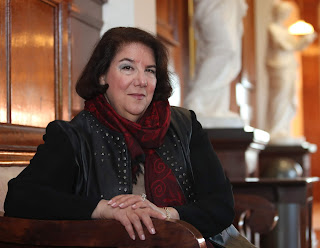 Later I realized all people with money didn’t necessarily consider themselves rich, and they really didn’t consider themselves happy. How much money did it take to be rich, to be happy? And what about the source of the money? Was it better to inherit it, marry into it, earn it, or acquire it by nefarious means, as long as one wasn’t caught?

Some years ago I attended a birthday party that was a weekend retreat at a country mansion in horse country. As I partook of the elaborate meals, the rich music, the refined atmosphere, I imagined what might happen if one of the party guests turned up dead. How would everyone behave, and which ones might be suspects?

How far would privilege and power go to protect a person from being investigated for murder? How would greed play with grief during a murder investigation?

I decided there was an intriguing story there, and that became the basis for Murder in the One Percent. The mystery pulls back the curtain on how the wealthy live, love, and treat one another. 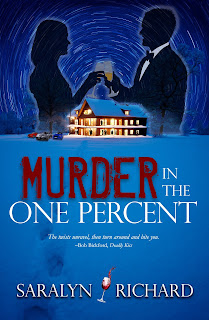 Clothes, furs, jewelry, furnishings, artwork, horses, cars, private airplanes, and other material possessions serve as important details of the setting, as well as constant reminders of just how far outside the norm these characters are.

It would take a perceptive detective to brush the dazzle from his eyes enough to investigate and solve a murder in this milieu. Especially when the suspects appear to close ranks on him, and even more especially when the former President of the applies pressure.

What happens when a billionaire dies? Is his funeral any grander? Are his mourners any louder? Is his absence felt any more because of his great wealth?
Whether you’re in, whether you aspire to, or whether you’re just plain curious about the top one percent, you’ll gain insights from Murder in the One Percent. I know I did.

Murder in the One Percent, ©2018 Black Opal Books, pulls back the curtain on the privileged and powerful rich. Set on a gentleman’s farm in and in the tony areas of , the book shows what happens when someone comes to a party with murder in his heart and poison in his pocket.
A member of International Thriller Writers and Mystery Writers of America, Saralyn is writing the sequel to Murder in the One Percent. Her website is www.saralynrichard.com.