Today I have a very special guest to interview. His nonfiction anthology is just right for holiday reading. 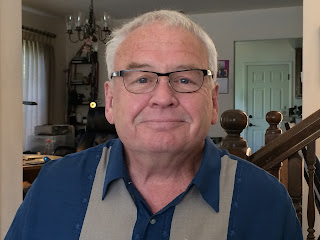 Mark Wright, a graduate of the UCLA School of Theater Arts and a 40 year veteran of the television and video industry, is owner and principal of Sangamon House, providing digital production services like electronic publishing, video production and live streaming to a variety of clients.  From 1984 to 1989, he was the principle producer/director for Zenger/Miller, Inc., an international management training firm specializing in communication skills videos, overseeing production in numerous North American locales, Germany, England, and Italy.  He was producer and creative director for Nate Thurmond's Gold Medal Roasts, a Special Olympics fundraiser that paid tribute to such Bay Area celebrities as Rick Barry, Willie Brown and Ronnie Lott, and broadcast on KTVU and KPIX.  In 1992, he wrote, produced and directed Esperanza Del Valle, a six part television soap opera aimed at high school youths with drug and alcohol abuse prevention messages that aired on PBS.  From 1985 to 1998, Mark was the designer and coordinator of the UC Santa Cruz Extension Video Arts certificate program.

He produced, directed and edited The Spirit of Scrooge, a half hour documentary about Notre Dame de Namur University’s production of A Christmas Carol, The Musical which played on Channel 9 PBS in December of 2012.  Mark is now trying to raise money to shoot a documentary about America’s first Olympic team handball team called The Boys of ’72.  Among numerous awards, Mark won 3 1998 International Gold Cindy awards and the Communicator Awards Crystal Award of Excellence for The Best Place, a program that documented the value of a diverse workforce for Hewlett-Packard Company.

Question: What is the title and genre of your book?  Why did you select them?

Answer:   Miracles of Kindness.  We had a hard time classifying this book but we generally list it as “Inspirational” because we hope that the stories inside provide inspiration to lead a kinder life. 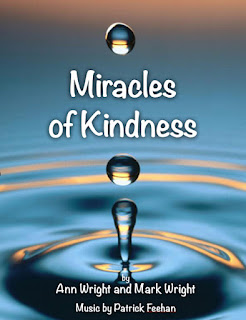 Answer:   Miracles of Kindness started out as a joint reclamation project for my mother and me in early 2009.  Ann Wright, my mother, was age 84.  She left an organization that had been the center of her life and had lots of time on her hands.  At 58, I was about 8 months sober and trying to come to grips with life without alcohol.  Neither of us were in a good place so we decided one night after dinner together to pursue an idea that had been in the back of my mind for years, a collection of real stories for a book about people doing kind things for others.  We envisioned a book of stories that we would collect using the Internet and CraigsList as a source, later to be re-written in our own style and presented as a series of chapters.  The idea was to highlight the little acts of kindness that occur every day, around the world, “small” miracles as we call them, that may not have meant much at the time to the giver of the act but that meant everything to the recipient.

And so we set out to write and hopefully publish the work.  We tried the traditional means at first, finding an agent and letting them search for a likely publisher.  We sent out query letters and got a few encouraging responses but it seemed to most of them that the market had already addressed that need with the legendary series of books, “Chicken Soup for the Soul”.  Plus, no one knew Mom and me, a fact that seems now the most relevant.  We have come to learn that getting one’s book in print is not about the publisher bringing the work to the audience, it’s about the authors bringing the audience to the work.  Ultimately, we struck out with traditional publishers.

We then decided to publish the book on our own.  After many fits and starts, collecting stories and getting to know our story contributors very well, we were able to use Apple iBooks Author as our creative platform to get things started.  With my knowledge of the Apple and Adobe authoring and editing platforms (from my work as a video producer/director/editor), we presented stories in a professional, graphic style, with video interviews added for certain story subjects.  We made a big push in 2014 to collect the best stories we could find until we had enough subject matter to publish Miracles of Kindness for the iBooks platform in December of 2014.  Later, after much work to learn the ins and outs of other electronic platforms, we published the book for the Kindle and Nook markets in July, 2015. 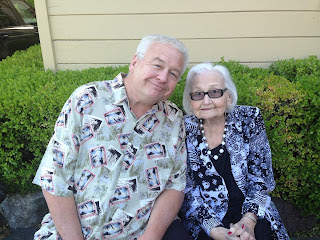 Question:   Can you tell us about some of your other work?

Answer:    This is our first work.  Mom (Ann), is a long retired kindergarten teacher.  I am a writer by trade, almost all for video or film productions, although I have ghost written two books.

Answer:  Since Mom moved to Provincetown, MA, to be closer to my sister, Robin, and her wife, Jan, we are no longer collaborating on any projects.  I am currently working on a film project, a documentary called The Boys of ’72, the story of America’s first Olympic team handball team, a squad made up almost entirely of guys from the Army.  I was a member of the 1980 team that didn’t go to the Olympics because of the boycott and played with several of the guys on the ’72 team.  I am now considering telling the story both as a film and as a book, since all the research I’m doing will support both approaches.
Question:   What made you start writing?

Answer: I started writing in earnest in the early 70s in Los Angeles, trying to break into sitcom writing.  I had some success and had an agent but eventually left LA in 1979 to move to Colorado Springs to pursue team handball at the Olympic Training Center.  My career in video production, primarily corporate TV in the Silicon Valley, was centered on my skills as a writer, a claim that not many other producer/directors could make.  I have always written, in many forms, and find the opportunities for expression now afforded all writers with new technologies to be extremely exciting and personal rewarding.

Question:   What advice would you offer to those who are currently thinking of writing?

Answer: Just write.  Whatever it takes, do the work.  Don’t just think about it.  And don’t be afraid of feedback.

Question:  Where and when will readers be able to obtain your book?

Answer:
Miracles of Kindness is available for iBooks at the Apple Store and for Kindle and Nook readers at amazon.com and barnesandnoble.com respectively.