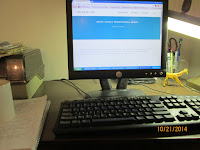 Robin Cook claimed to have analyzed the characteristics of numerous bestsellers before writing his own blockbuster COMA.

GalleyCat’s Infographic recently explored the anatomy of bestsellers. Here are some of their more interesting observations and statistics.

They found the length of the average bestseller to be 375 pages.

Books with a female protagonist are more likely to be successful.

But men are more likely to read a book with a male protagonist.

Main characters or protagonists in bestsellers are often lawyers or detectives.

Books set in are most popular.

The number one grossing genre in fiction is still Romance.

Third is: Inspirational or Religious.

Fourth is: Science Fiction and Fantasy.

Fifth is: Horror (Stephen King eat your heart out!)

Personally, I would love to write a best-seller, a novel that is widely read and appreciated. However, I would be just as pleased to write a great novel, one that endures the test of time. Yet an article in a June 2016 issue of TIME Magazine observes we can’t really know which books they will be.

Moby-Dick, Herman Melville’s masterpiece, was not well-received in its day. Melville died poor and depressed. Poe died in poverty as well. Kafka was dead before The Trial was ever published. However, Shakespeare was a very successful and popular dramatist in his own day and has withstood the test of time.

In But What if We’re Wrong? Thinking About the Present as if It Were the Past, author Chuck Klosterman notes that works which endure are ones future societies find meaningful. Someone who is writing in obscurity today, who we have never heard of, could be the most admired author to future generations.

I believe the best approach is to write the work that we want to write, that is meaningful to us, and not worry about current trends which ultimately come and go.

My novel, THE INHERITANCE, will be published by Intrigue Publishing November 1st. It’s a cozy mystery as well as a romantic mystery novel with a female protagonist. Her love interest is a small town police chief. It’s also a “clean read.” Hopefully, this novel will appeal to many readers. Will it be a bestseller? Who can tell? I didn’t write the novel with that expectation. It’s now available for pre-order from Amazon, B&N and many other booksellers both in print and as an ebook:
https://www.amazon.com/InheritanceJacquelineSeewald/dp/1940758505
http://www.barnesandnoble.com/w/the-inheritance-jacqueline-seewald/1124086025?ean=9781940758503 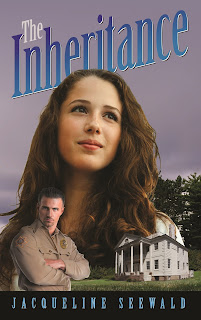 Any thoughts you might have about popular fiction vs. great fiction? Can a book be both?