What Writers Can Learn from Donald Trump by Jacqueline Seewald 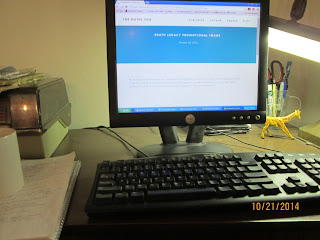 How do writers become bestselling authors? Publicity seems to be one crucial element or factor. To get fans, writers have to become known in the first place. Donald Trump has said outrageous things thereby drawing attention to himself and it’s worked for him so far. Trump has observed that there is no such thing as bad publicity, only publicity--which draws attention to an individual and his or her work. In the case of writers, publicity traditionally would be accomplished through the efforts of a publisher who has a PR staff that solicits significant reviews and promotes an author through numerous channels. But nowadays, this is often not the case. Also, many writers are currently self-publishing their work. This too changes how publicity can be obtained.

Trump is an example of someone who breaks the rules. He promotes himself as a maverick in politics. Perhaps what Trump offers to writers is the idea that we need to free ourselves. We have to look for creative ways to promote and publicize our own work--just as writers shouldn’t feel it necessary to write to any pre-conceived formula. We need to express what is unique to ourselves in our own way. By writing  exceptional work that stands out from the herd, I believe we can get recognition and acclaim. It will be interesting to follow Trump’s Presidential bid. Much can be learned from his techniques.

As for me, I have books published that I hope to publicize to readers:

The digital release of DARK MOON RISING, my paranormal romantic mystery from Luminosity, occurred on July 24th. It has already received positive reviews: 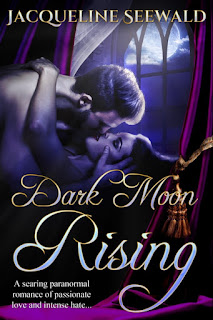 My well-reviewed YA novel THE DEVIL AND DANNA WEBSTER from Astraea/Clean Reads Press will soon be available in print as well as the current digital editions: 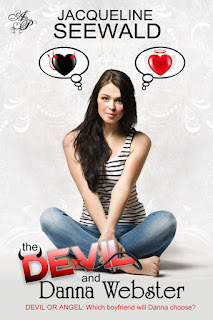 THE BAD WIFE, 4th in the Kim Reynolds mystery series, has collected  very good reviews as well and is available both in digital and print editions:  http://www.amazon.com/dp/B00J6PCKVW

There have been great reviews from PW and BOOKLIST for DEATH LEGACY, romantic espionage mystery thriller now an ebook: http://www.amazon.com/dp/B00OGTMGLM

Publisher Novel Fox brought out the e-book version of DEATH LEGACY on Amazon, Kobo, Apple, and Google, and plans to publish an audio version very soon as well.

"This thriller keeps moving from its very first pages, while the palpable sexual tension between new cohorts Daniel and Michelle fortifies the story's intrigue with romance."
PUBLISHERS WEEKLY

Getting back to the subject at hand, Donald Trump is a performer who makes outrageous and insulting comments. He shoots from the lip. But ultimately, it will be his actual ability to convince us that he can serve the country with good sense and integrity by which he will be judged. That is true of everyone including writers. The key to success is having something of quality to offer. Authors need to be unique and original, not merely imitative in their writing. Hopefully word-of-mouth will follow and help build a readership. However, promotion and publicity won’t hurt either.

What are your thoughts and opinions on this topic? Is there anything you recommend in particular in regard to promoting your own work that has worked well? Readers, what would like to see more of from writers?
Posted by Jacqueline Seewald